In 1900, New Orleans’ streetcars were electrified. Mr. Walter J. Barnes, born and raised in New Orleans, experienced first-hand Greater New Orleans Area and Southeast La transforming itself into a rapidly growing commercial center. Understanding the effect of growth and its impact to the local area, he took the gamble and started the Walter J Barnes Electrical Company in 1932.

The area’s infrastructure demands expanded over the years with numerous projects including High Rise Office Buildings, Moisant/GNO Airport expansions, Hospitals, Schools, Convention Center, Restaurants, Theaters, Bridges, Roads and Highways, Water and Sewerage Treatment plants, Pumping Stations, Street Lighting and Traffic Signalization, Housing, ongoing expansions and upgrades at the Michoud Assembly Facility over 50 years, Numerous Chemical and Industrial Plants along both sides of the river, and finally the rebuilding of our entire area from the damage from Hurricane Katrina. 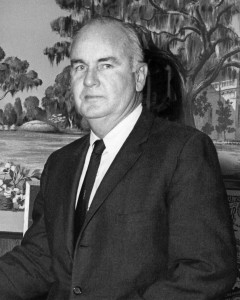 WALTER J BARNES ELECTRIC CO., INC. has played an integral part in providing major electrical services for all of these demands.

William C. Ellis joined Walter J Barnes Electric Company in 1948. This was after serving in the Navy during World War II from 1942 through 1944, which in turn gave him extensive exposure to the importance of electrical components in everyday life. Upon completing his Electrical Engineering Degree from Tulane University, Mr. Ellis started working with NOPSI (New Orleans Public Service Inc.) in 1945. Three years later, Mr. Ellis was approached by Mr. Walter Barnes to join the company as a project manager. It took him just two years to work himself up to part owner within the Company. Mr. Ellis became an integral part of Walter J Barnes Electric, running projects like the Desire Housing, Algiers Cutoff Canal Bridge, Huey P. Long, and the Baton Rouge-New Orleans chemical plant corridor. Almost any bridge or chemical company you pass within the New Orleans Metro area – the Walter J Barnes Electric Company was and still is involved in the electrical construction. 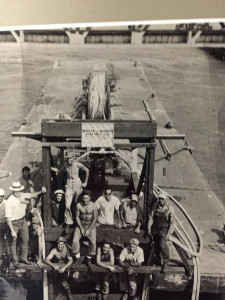 Walter J. Barnes Electrical Company continued to expand in the 1950’s. The Company developed a reputation of quality work and was hired as one of the first United States companies to work internationally in the Azores and several other countries.

In 1960, Mr. William Conner Ellis purchased the company from Mr. Walter J. Barnes and chose to keep the business in his name to honor him, as it remains to this date. 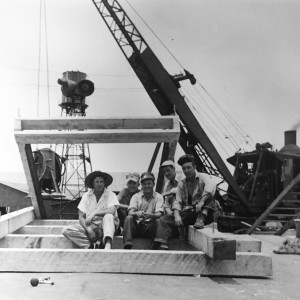 Mr. William C Ellis, has two sons, Conner and Donald, both of whom are Tulane Graduates with Bachelor Degrees in Electrical Engineering. Conner served in the Navy and after his tour joined Walter J Barnes in 1965. Donald served in the Airforce and joined Walter J Barnes in 1972. In 1985, Conner and Donald purchased the company from their father and Conner became President and CEO and Donald the VP of Estimating and Engineering.   Both are still employed with the company to this day. 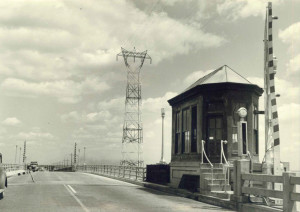 Currently the company is in its third generation, and through them continues its commitment to its reputation earned over 85 years of a tradition of excellence, honesty, and high values for our customers and employees. William C. Ellis III (Bill), the Company’s current CEO and President, started working for Walter J Barnes Electric in 1994 as a Project Manager before taking over its leadership in 2004.

Donald Ellis’ two sons, Donald Jr (Donnie) and Michael, make up the remainder of the third generation leadership and ownership. 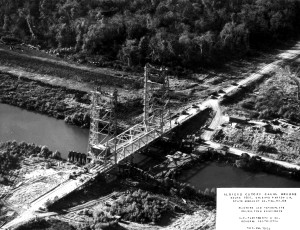 After graduating from Tulane University as a BSEE, Donnie was hired in 1992 and worked himself up through the company from an estimator/project manager to currently Executive Vice President of Engineering and Project Management.   Barnes Electric has 3 electrical engineers in house, as well as draftsmen, and instrumentation manager.

Michael, also a Tulane graduate in Economics, started with Walter J Barnes in 1999 as an estimator and worked his way up to become Executive Vice President. His current area of responsibilities is manager of the Estimating Department, Accounting / Payroll Department, Human Resources Department, IT Department, and Dakin St Operations.