This year, W.J. Barnes Electric’s RTA Cemetery Streetcar Expansion Project was named as one of the 13 exceptional electrical construction projects spearheaded by members from around the United States as NECA 2018 Project Excellence Award recipients.

The NECA Project Excellence Awards were created in 2017 to acknowledge the most highly skilled electrical contractors in the country. Companies are recognized for their commitment, professionalism, and ingenuity in delivering an electrical project across 11 different market sectors.

“The contractors responsible for this year’s remarkable projects demonstrated impressive skill and an undeniable passion for excellence,” Mustafa said. “NECA is proud to honor them and their work.”

Visit ProjectExcellenceAwards.com to learn more about the awards, the projects submitted, and to view picture galleries featuring all of this year and last year’s submissions and winners. 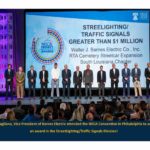 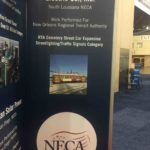 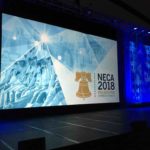 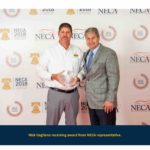